The air is crisp. The leaves are falling. In New England there are cider donuts.

All of this is delightful. And it means that it is – praise be! – the beginning of my Academic Conference Season.

And you know I love to write about conferences. Should I go to them? What should I wear – or not to wear – to them? How can we make them better? And now I want to get granular, and talk about conference papers themselves. 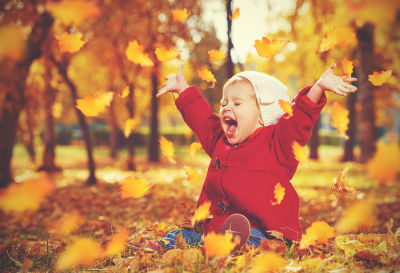 I started thinking more about different ways to present historical content to audiences a few weeks ago, when I auditioned for a new show on the History Channel. In a series of interviews, I had to talk about history in 30-second “energetic” spurts without pausing, elaborating, or interrupting myself to go off on a tangent. And all without notes. It was much harder than I expected, and exhausting.

Around the same time, an ad started popping up on my Facebook feed: Take an online class in public speaking with Chris Anderson, the “curator” of TED Talks! By watching a series of short lectures, learn how to give a fantastic public talk!

I’ve always been fascinated by the TED Talk format, and the demographics of its practitioners. The vast majority of TED Talkers are social and hard scientists. Could a historian successfully convert the typical academic conference paper into a TED Talk? 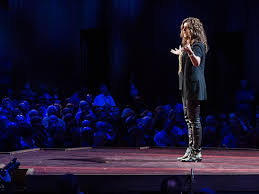 I ponied up the cash and signed up. The course consisted of 22 lectures, most of them about how to structure a talk, and then several on learning how to overcome your fear of public speaking. The first segment took about forty minutes to watch.

Anderson has a lovely British accent and gave the “lectures” from a comfortable-looking red armchair. The videos were interspersed with worksheets and clips from popular TED Talks as examples.

After taking the course, I was convinced that converting history conference papers into TED Talks would take some doing, but that it would be a useful exercise. The most natural fit would probably be a paper about the research process, as that subject really lends itself to the structure I’ve outlined below. But as Chris Anderson points out, there’s no one way to give a TED talk. But there are a number of tools he recommends – and you can choose the tools to use given the kind of talk you want to give.

So here’s one way to take your conference paper – usually 10 pages of typed, double-spaced text taken from a larger article or chapter, and read word-for-word to an audience of colleagues who cared enough to get up by 8:00 a.m. on a Saturday to attend your panel – and turn it into a TED Talk.

This is not about just cutting your paper in half. This is about thinking of your paper NOT as a paper, but as a talk. Which first involves three steps:

Once you’ve written these 2 sentences, create the following outline:

Once you’ve written all of this up, practice giving the talk with notes. Then shove the notes in a drawer and give the talk without them.

Now, as I noted at the beginning, not all history talks will fit into this exact structure. But it’s a start at a new way of conveying ideas, and I’m willing to try it. I don’t have any conference papers coming up, but I am giving some talks to Civil War Roundtables in November. I’ll give them as TED Talks (HISTED Talks? Hmmm) and let you know how they go.

And if any of you brave souls are willing to try this at the Southern or the Western, contact me and tell me when your session is – I will definitely be there.