When I started thinking about this project, I knew I wanted to begin The Three-Cornered War with the Confederate invasion of New Mexico Territory in July 1861. That meant starting with John Robert Baylor.

Baylor was born in Kentucky in 1822 and lived much of his early life in Indian Territory, the son of a surgeon in the 7th U.S. Infantry at Fort Gibson. Several members of his family had gone to Texas in the years after its independence, lured by the promise of rich cotton land and the right to own slaves. John Baylor joined them in 1840, returned to Indian Territory in 1842, and then came back to Texas for good in 1844. That year, he married Emily Hanna (whom he called Emy, and to whom he wrote passionate love poetry) and they began a life together in Fayette County, midway between Houston and San Antonio.

John Baylor was a man on the make. Over the next fifteen years he worked as a farmer and then a rancher, and enslaved Black men and women in both ventures. He read the law and was elected to the Texas state legislature. He pondered running for governor. 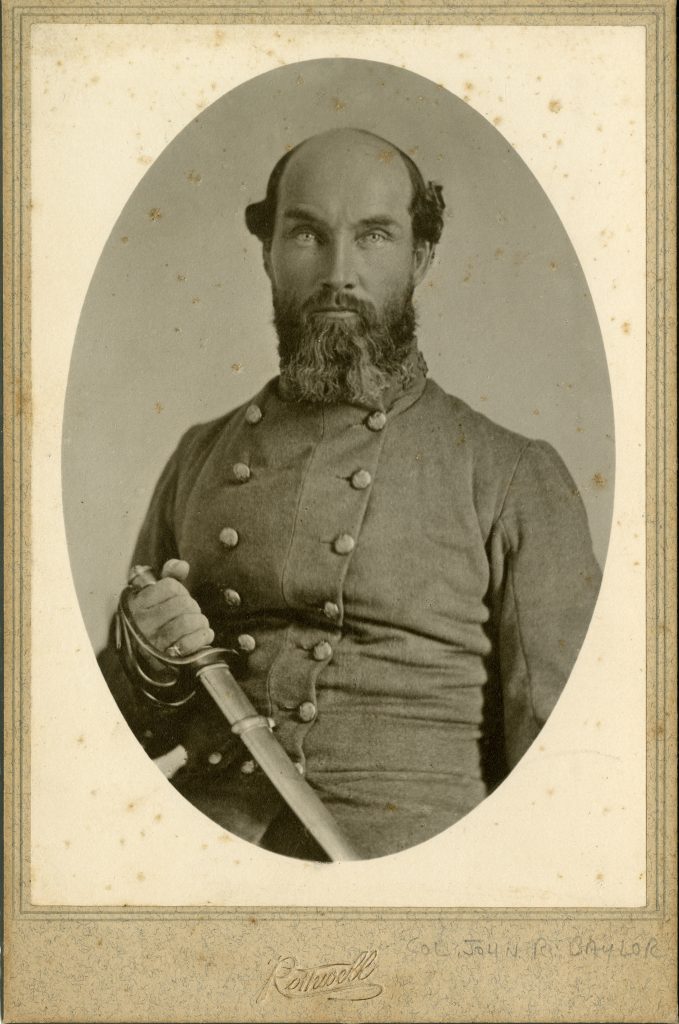 You might think that Baylor’s two-year term as an Indian Agent at Clear Fork Reservation in the mid-1850s would have resulted in a more nuanced view of Comanche culture and rights in Texas. Instead, this experience hardened him against them and by extension, all Native peoples. In 1860, he joined the masthead of a newspaper called The White Man in his new home of Weatherford, Texas, and rode out in pursuit of Comanches, whipping up local furor against them.

By the spring of 1861, John Baylor was primed to join the Confederate Army in defense of slavery, secession, and the right of white men to wrest lands away from Native peoples. By all accounts he was a charismatic man, and the more than three hundred soldiers he personally recruited for the Confederate Army in Texas were loyal to him. He was a capable commander but impetuous and resentful, and these characteristics shaped all of his actions in the Civil War West in 1861-62.

In The Three-Cornered War, readers will follow Baylor from San Antonio to Fort Bliss in El Paso, and then north to Mesilla, New Mexico, as he leads the invasion of New Mexico Territory in late July 1861, creates the Confederate Territory of Arizona, and becomes the vanguard of Confederate Manifest Destiny.

To tell John Robert Baylor’s story, I used: Jerry Thompson’s biography, Colonel John Robert Baylor (1971; easily the most expensive book I purchased for this project); the Baylor Family Letters at the Dolph Briscoe Center for American History at University of Texas, Austin; John Baylor’s brother George’s articles for the El Paso Herald, collected in Into the Far, Wild Country; Baylor’s campaign and battle reports collected in the OR; Baylor’s letters transcribed by John P. Wilson in When the Texans Came; and digital and microfilm copies of the Mesilla (N.M.) Times.

Unfortunately, I was unable to locate those love poems Baylor wrote to Emy.

You can pre-order The Three-Cornered War via: