Two academic “scandals” dominated my news feeds a few weeks ago, before the upheavals in Baltimore and Nepal turned our attention to more pressing and important matters.

The revelations that Henry Louis “Skip” Gates, Jr.’s “erased” a slave owner (who, it turns out, may not have directly owned slaves after all but acted as an executor of slave owners’ estates) from the actor and director Ben Affleck’s ancestry as part of the PBS series Finding Your Roots; and Michael Eric Dyson’s takedown of Cornel West in The New Republic, might seem to be tempests in a teapot. 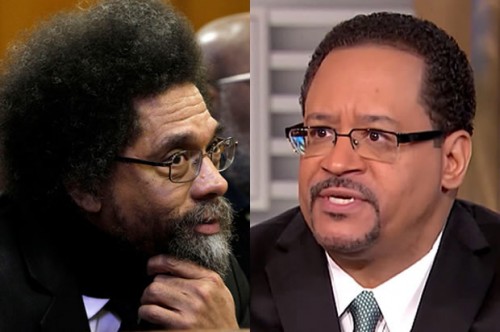 But they do bring up some important issues that continue to simmer in academic circles. Commentators have parsed these “scandals” for what they have to say about race in the academy, historical accuracy and the dissemination of ideas in popular media, and professional infighting among the intelligentsia on the other. Although these are significant issues that have provoked some interesting conversations already) these stories, both of which went viral in their own ways, reveal how perilous it can be to become academic celebrities in today’s American culture.

Dyson, in his cutting denunciation of West’s intellectual productivity of late, writes that West’s critiques of Al Sharpton and Jesse Jackson as attention-mongers is acutely hypocritical: “West likewise hungers for the studio, and conspicuously so.” In Dyson’s view, this hunger comes from a desire not to create and circulate ideas, but to disseminate just one idea: “Cornel West” as an American prophet.

And in his July 2014 email exchanges with Sony Pictures co-chairman Michael Lynton (exposed in the Sony hack and published by WikiLeaks), Gates expressed several reservations about editing out Affleck’s slave-owning ancestor in the episode. Doing so would “compromise our integrity,” he wrote. But then he added, “Once we open the door to censorship, we lose control of the brand.” The “brand” Gates refers to is not only Finding Your Roots but also “Henry Louis Gates, Jr.” 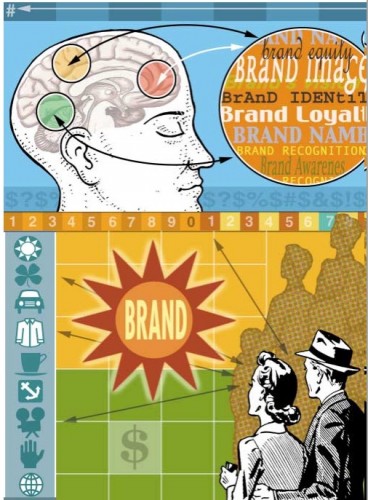 Gates and West are two of just a handful of humanities scholars who can legitimately be called “academic celebrities.” It is important that they have achieved this status as widely recognized (and recognizable) African-American scholars who work on and talk about the history and literature of racial inequality in America. We need academic celebrities like Gates and West to bring attention to cultural history, and to important ideas that drive that history.

But what does it mean to be “academic celebrity,” anyway? In a 2014 article for the Chronicle of Higher Education, Christopher Shea pondered this very question and ultimately determined that to be an academic celebrity you must have “reach”: influence beyond the hundreds or even thousands of students and colleagues that themselves constitute a public audience. You must be able to attract millions of readers or viewers.

You can achieve this “reach” through blogs or Twitter feeds, radio shows, nationally syndicated columns, and regular gigs writing in national magazines with large circulations. To be a true academic celebrity with a huge reach, however, you must teach MOOCs, give TED Talks, and make frequent appearances on television: cable news or talk shows, or series like Finding Your Roots. Your influence cannot be momentary; it must be lasting.

As both Gates and West have become academic celebrities, they have gained an immense amount of cultural power. But this means that they have also become “brands,” products to sell to the masses. And this is where the academic celebrity-hood becomes problematic; it appears to both enable and undermine the scholarly project of creating and spreading knowledge.

Academic celebrities are encouraged to pay more attention to how they present themselves as individuals than to how they research and articulate their arguments. This can lead to the creation of a cult of personality rather than significant scholarly work.

Cultivating “the brand” can also take scholars away from the archive, and away from research and writing. Research assistants and staff members do the heavy lifting and so academic celebrities lose direct contact with the sources of the arguments they make onscreen.

The shift that academic celebrity demands — from thinking about history or literature or philosophy as work that produces meaningful ideas to thinking about it as a product that creates an audience of loyal followers — explains (in part) why Gates ended up defending his editorial decisions in the national press, and why West ended up as the subject of a vicious public takedown.

So is this all inevitable? When scholars leap from the page to the screen, do they necessarily move from three to two dimensions? Is there any way that scholars can be academic celebrities without becoming brands? Is there any way to have “reach” – hundreds of thousands of followers on Twitter, millions of views on YouTube, a long-running show on a national network – while also producing deeply researched and innovative work?

4 thoughts on “Skip Gates, Cornel West, and the Perils of Academic Celebrity”