On New Year’s Eve 1861, William Lott Davidson (Bill to his friends) was huddled around a campfire outside the adobe walls of Fort Bliss, a Confederate installation north of the Rio Grande in far western Texas. He and his fellow soldiers in Company A of the 5th Texas were recovering from their march from San Antonio, a journey of around 600 miles that had taken them more than 2 months to complete.

It had been rough going. They never seemed to have enough food or water, and the fall storms rolling across west Texas brought screaming winds and driving sleet. Along the way, Apache and Comanche raiders siphoned off many of their horses and mules, and hundreds of cattle from their herd of 3,000 animals. 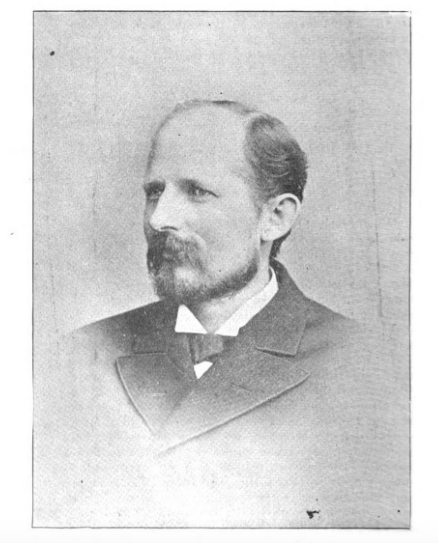 Sitting around that campfire on New Year’s Eve, Davidson, twenty-three years old and Mississippi-born, was delighted to be done marching, at least for the moment.

“We were tasting the bitter delights and mournful realities of the soldier’s life,” he noted. “We are now for the first time beginning to find out that we are engaged in no child’s play.”

In the summer of 1861, Davidson had read notices in the Texas papers calling for Confederate troops to serve in General Henry Sibley’s Brigade, to march west and invade New Mexico Territory. A lawyer living in a small town outside Houston, Davidson had no military training but he did have some experience fighting Comanches, and bore the mark of those fights: a ragged scar along his jawbone where a local surgeon had sawed an arrow out of his face. In late July 1861, he had mustered into the Confederate Army, determined to do all he could to win the West for the Confederacy.

Davidson had waited for several months outside San Antonio, training for war and watching as almost 3,000 men came riding into camp. It took Sibley until late October to amass enough weapons and food and fodder, and the massive beef herd to sustain the soldiers on the march to Fort Bliss. Only then did the Sibley Brigade start to move westward.

Readers of The Three-Cornered War (and the just now published excerpt in the March 2020 issue of America’s Civil War Magazine) will follow Davidson as the Sibley Brigade marches to Fort Bliss, then northward from there to meet Union troops first at Valverde, and then at Apache Canyon and Glorieta Pass, and on the long retreat back to Texas.

Davidson participated in all of the major events of the Confederate campaign for New Mexico, which made him an ideal protagonist to include in the book. He also wrote a series of vivid accounts of his service in the West, all of which detail how soldiers experienced warfare on the ground. Davidson had a wicked sense of humor, a love for his fellow soldiers, and a fierce dedication to the Confederate cause of expanding an empire of slavery to the Pacific. His first-person accounts are a rich record of the battles for the Civil War West from the Texans’ point of view.

The prolific historian of the far western theater, Jerry D. Thompson, has collected and published all of Bill Davidson’s wartime accounts, as well as those of several of Davidson’s Sibley Brigade comrades. These were invaluable to me in understanding Davidson’s motivations and tracking him through Texas and New Mexico in 1861-62. Other Confederate soldiers’ accounts, including those by Theophilus Noel, William Randolph Howell, and Alfred Peticolas, corroborated Davidson’s stories, as did battle reports collected in the OR and newspaper articles.