It is a truth universally acknowledged that historians are not particularly fashion-forward. The sartorial stereotypes persist: the tweed jacket with elbow patches for men, the flowy linen ensembles for women. Glasses. Sensible shoes. A fine layer of chalk dust covering all.

While I haven’t seen many elbow patches lately, it is true that at conferences–our profession’s Bryant Park–one notices a certain uniformity in the academic look. Men don’t wear suits but they do wear jackets and ties, and increasingly, dark jeans instead of dress pants. Women have more flexibility but they tend to go with one of three outfits: the dress and cardigan, the skirt and sweater, or the pantsuit.

At the Southern Historical Association meeting (known to those in the know as “The Southern”) this weekend in Atlanta, these clothing trends were evident in the book exhibit, the meeting rooms, and the hotel bar. There were some notable variations, however.

Because it is The Southern there were 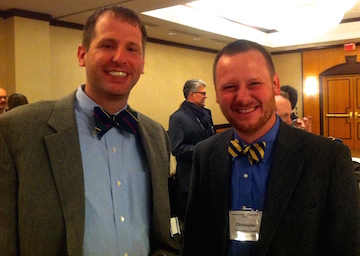 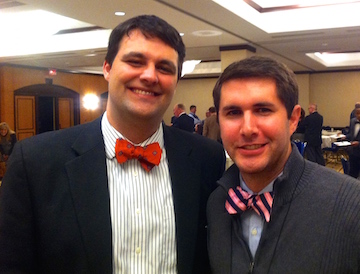 There were also several interesting takes on the three-piece suit:

Leopard and other animal prints were in evidence everywhere: shirts, dresses, coats, and especially shoes: 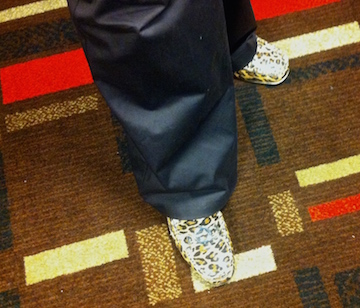 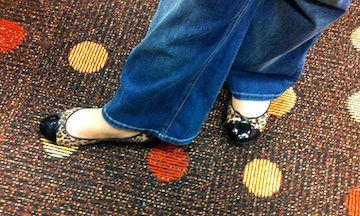 Art historians and romance language professors usually corner the market on accessories, but historians are making up some ground:

And finally, a note on hairstyles. As with outfits, historians tend to be quite conservative in their choice of coiffure. Not these two, however, who are rocking the long locks:

6 thoughts on “Street Style at The Southern”